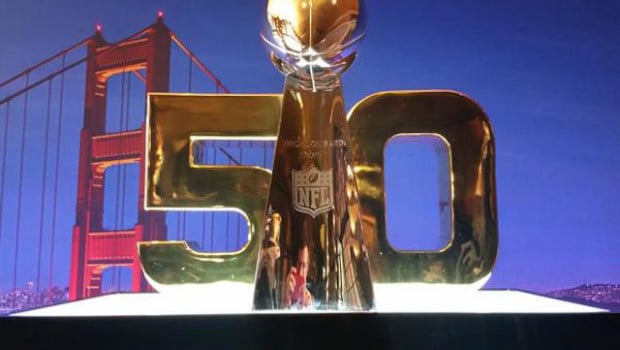 PANTHERS FAVORED BY 5 1/2 PTS., BUT LATE MONEY IS ALL BRONCOS!

The closer we get to tonight’s 6:30 kickoff for Super Bowl 50, the more betting money is trending toward the Denver Broncos.

The early betting action in Las Vegas was lopsided toward the favored Carolina Panthers.

That is changing. So much money has been showing up on the Broncos recently that some sports books are beginning to wonder if they’ll be rooting for the Panthers.

On Saturday, the Panthers were consensus 5.5-point favorites. They had opened as low as 3.5 favorites and attracted the bulk of the early money — as much as 90 percent at some Nevada sportsbooks.

But a midweek flurry of big bets on Denver from respected players, followed by weekend money on the underdog Broncos, evened out the action.

Sportsbook operator CG Technology reported “steady Denver money” on Saturday, including a six-figure bet on the Broncos. To begin the week, 86 percent of the money bet on the Super Bowl spread was on the Panthers at CG Technology. As of Saturday afternoon, that was down to 54 percent.

“Money coming in now pretty good on Denver, both side and money line,” Tony Miller, sportsbook director at the Golden Nugget, said Saturday. “We’re closing the gap with each hour. But still a long way to go.”

The Westgate SuperBook, Station Casinos, Caesars and Boyd Gaming sportsbooks also said the money gap between the two teams was narrowing. Still, Station Casinos vice president of race and sports Art Manteris said he thought it was “very unlikely” his book would end up rooting for Carolina on Sunday.

For more than a week, the books were left searching for Denver money while support poured in on Carolina. It arrived Wednesday, when a rush of big bets on the Broncos at plus-6 showed up at sportsbooks from Las Vegas to Reno. Reports coming out of Vegas suggested megapro Billy Walters was behind the Denver money.

The MGM said the money bet Saturday was trending 2-1 in favor of Denver, but overall there was still more money on the Panthers, in part due to some big early bets.

On the Monday after the AFC and NFC championship games, the MGM received two inquiries from guests wanting to bet seven figures on the Super Bowl. Both patrons took Carolina, albeit for wagers “not quite as strong” as $1 million, MGM vice president of race and sports Jay Rood said.

“We might not take one that big this year,” said Rood, who took a $1 million bet on the New England Patriots in last year’s Super Bowl against the Seattle Seahawks.

In 2014, an all-time high of $119.4 million was bet on the Super Bowl between the Broncos and Seahawks. Even if a $1 million Super Bowl wager doesn’t show up, iconic Vegas bookmaker Jimmy Vaccaro, now with the South Point sportsbook, said he’d be stunned if another record amount was not wagered on Sunday’s showdown.

“Put it this way: There’s never less people asking what to do or how to bet,” Vaccaro said in reference to the number of new bettors who show up for the Super Bowl. “There’s always more people. That’s a sign, to me, that is going to keep guys like me off the street.”

The over/under on how long it takes Lady Gaga to sing the national anthem was sitting at around 2 minutes, 20 seconds at offshore sportsbooks.