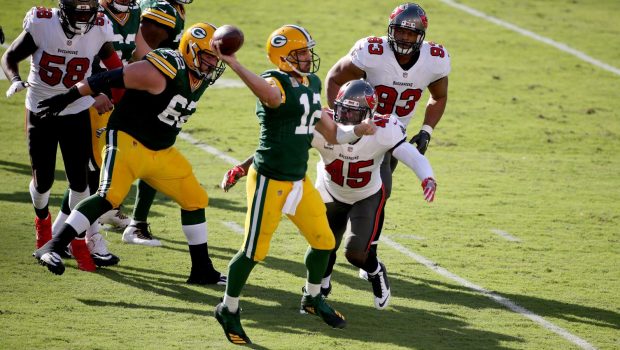 So Tom Brady is going to his 10th Super Bowl with the Bucs after nine with ther Pats.

And Aaron Rodgers, who was the NFL’s MVP, is going fishing.

Or whatever it is they do in Wisconsin in the winter.

Because Packers coach Matt LaFleur didn’t trust Rodgers and the offense to get a touchdown with the game on the line.

LaFleur kicked a field goal with 2:05 left and the Packers trailing 31-23 instead of going for it on fourth-and-goal at the 8-yard line. The Packers couldn’t get a stop after that, giving up a questionable pass interference penalty on a late flag with less than two minutes left, which helped allow the Tampa Bay Buccaneers to run out the clock on a 31-26 win.

Tom Brady is heading to his 10th Super Bowl, and the Buccaneers are going to their second.

Rodgers hasn’t made a Super Bowl in 10 years, and has made only one in his career. Rodgers had an NFC championship game at home for the first time in his career, and had an opportunity to win it in the fourth quarter. He’ll wonder about the opportunities that Green Bay missed Sunday, particularly when it had the ball at the 8-yard line with a few minutes to go.

A little more than a minute into the third quarter, it seemed like the Buccaneers were going to run away with the NFC title.

Tampa Bay took a 21-10 lead on a wild sequence at the end of the first half. The Buccaneers reconsidered punting on fourth-and-4, then completed a short pass for the first down and a 39-yard pass to Scotty Miller for a touchdown with one second left. To start the second half, Aaron Jones lost a fumble and Brady hit Cameron Brate on a short touchdown for a 28-10 lead.

Rodgers wasn’t ready to concede. He hit a touchdown to Robert Tonyan and then Brady made his first big mistake, an interception to Adrian Amos. Rodgers marched the Packers back down the field and hit Davante Adams for a short touchdown. Equanimeous St. Brown dropped the two-point conversion — that would be a big play when the Packers later went for a field goal on fourth down instead of trying for a touchdown — but the Bucs’ lead had been cut to 28-23 with a quarter to go.

Brady looked like he’d counterpunch when he led the Buccaneers into Green Bay territory, but a pass to Mike Evans was just out of his reach, deflected and intercepted by Jaire Alexander. The Packers turned back that scoring opportunity, but the offense couldn’t move the ball and had to punt.

Brady threw another pick to Alexander, under heavy pressure on a third-down blitz, but the defense held again. Two three-and-outs with the Packers trailing by less than a touchdown will haunt Green Bay and Rodgers.

They still had a chance to tie, before a baffling decision. 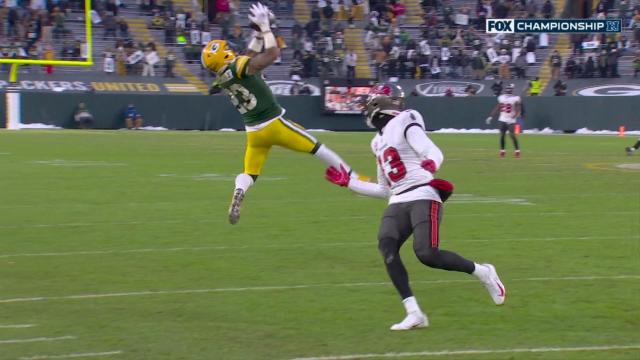 Watch Green Bay Packers cornerback Jaire Alexander’s best plays against the Tampa Bay Buccaneers in the NFC Championship Game. This game is streaming live on the Yahoo Sports mobile app, or on NFL.com

Packers can’t get a late stop

When the Buccaneers led 28-23, Brady led a field-goal drive. He hit Chris Godwin for 11 yards, then he threw a tight end screen to Rob Gronkowski for 27 more. That set up a Ryan Succop 46-yard field goal and a 31-23 lead.

Rodgers answered. He marched the Packers downfield in the final minutes. He hit Marquez Valdes-Scantling for 29 yards, then Adams for a first down at the Tampa Bay 8-yard line.

He threw two incompletions after that. Then came two plays that the Packers will be replayed for a long time. On third down, it seems Rodgers had a chance to run to the end zone. He could have at least gotten close. But he forced a pass to the middle into heavy coverage, which was incomplete. 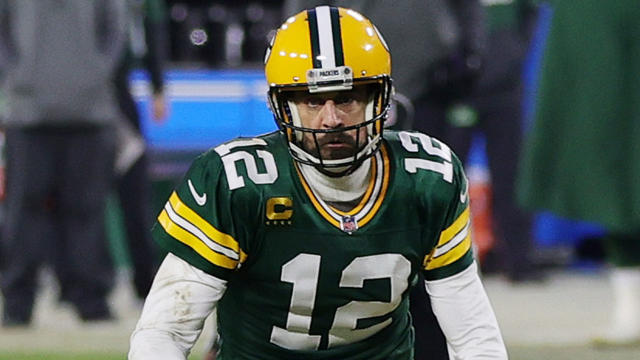 Could Aaron Rodgers have scored a rushing TD on 3rd-&-goal late in the game?

With 2:15 left in the NFC Championship game, the Green Bay QB rolled out of the pocket, electing to try and force a pass to Davante Adams in the end zone.

It seemed like the game would ride on a fourth-down play but LaFleur sent out the field-goal team. The thought was that the Packers needed a touchdown and a two-point conversion, which would be difficult. LaFleur thought he had a better chance of the defense getting a stop to give Rodgers the ball back trailing by five, a huge gamble.