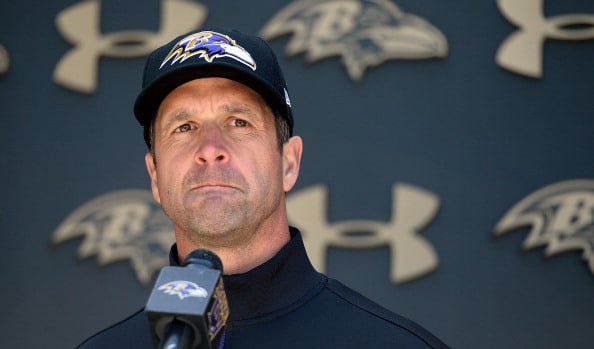 The game turned when the Ravens opted to pass with a 10-point lead and a first down on the Philly 11. The pass was picked off by Jordan Hicks, setting the stage for the Eagles’ comeback.

Unlike Pederson’s decision to go for 2, there was little gray area when determining if the Ravens made the right call to have Joe Flacco pass in that situation.

Doug Pederson decided to go for the win, mainly because he had nothing to lose.

In a season filled with defeats, the Eagles were presented with the opportunity for an upset.

All they had to do to beat the Baltimore Ravens was to cover 2 measly yards on one play.

After rookie quarterback Carson Wentz ran for a touchdown to get the Birds to 27-26 with 4 seconds left, Pederson used his last timeout.

He then ordered his offense onto the field, nixing the conversion kick that would have forced overtime in favor of the 2-point conversion that would win it.

”I had my mind made up before we scored,” Pederson said. ”If we had a chance to win it, we were going to go for it.”

Wentz threw a pass over the middle that bounced off receiver Jordan Matthews after being tipped at the line by linebacker C.J. Mosley.

Not long after that, Pederson and the Eagles (5-9) walked off the field with their fifth straight defeat and seventh in eight games. But their heads were held high.

Pederson’s decision may not have worked, but that doesn’t mean it wasn’t the right call.

”I loved it. I loved it,” Wentz said. ”It showed coach’s aggressiveness and his belief in us. I thought we had it. We had it and they made a good play at the line of scrimmage. It just didn’t go our way.”

The Ravens put on all-out blitz against the rookie, and it worked. As a result, Baltimore edged closer to a potential playoff berth.

Coming into this game, the Ravens needed to win their last three games to clinch the AFC North title. Baltimore got this one out of the way, thanks in part to Pederson’s decision to avoid taking his chances with overtime.

”Shout out to our defense for getting the job done,” Ravens kicker Justin Tucker said. ”That was a huge way to keep our season alive.”

The Eagles’ season, conversely, went south a few weeks ago.

”They could have easily kicked it,” Ravens cornerback Jerraud Powers said. ”But, they really have nothing that they’re playing for, so of course they’re going to go for the win.”

Of course. Down 27-17 with just over six minutes left, the Eagles rallied.

On the road against a team in the midst of a playoff push, the Eagles gave the Ravens all they could handle.

The Eagles fell short, but the disappointment was tempered by the knowledge that they played to win – right down to the final 4 seconds.

”We gave ourselves a chance at the end,” linebacker Brandon Graham said. ”We just came up short on a 2-point play. That’s cool. I’d take that all day because we put ourselves in position. If we get the 2, everybody would love us.”

They didn’t get it, but the players didn’t fault Pederson’s decision. Rather, they embraced it.

”Everyone on the team was behind the decision,” safety Malcolm Jenkins said. ”We had them back on the heels and we had the momentum.”