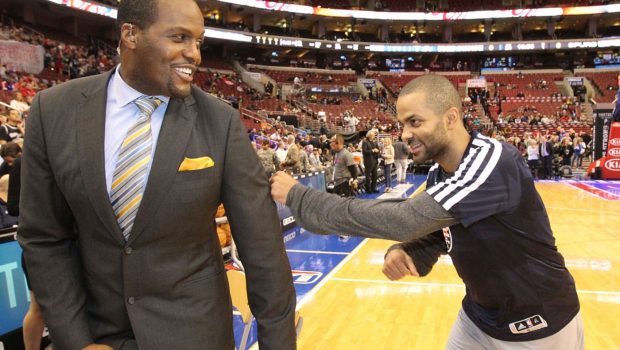 It was a great day yesterday for Malik Rose, the Overbrook High and Drexel star, who became a Sixers announcer and a two-time NBA champion.

As Vice President, Basketball Operations, Rose and Booth will be responsible for interfacing directly with teams and players regarding league programs, rules, new initiatives and competitive elements. Their roles are intended to further enhance and build upon the strong working relationship between NBA League Operations and its teams under the Respect for the Game umbrella as well as more broadly on all game-focused topics.

“We are delighted to add Malik and David to our talented staff in NBA League Operations,” said Spruell. “Their collective wisdom, expertise and experience at all levels of the game make them ideal choices to expand our connectivity with teams and players and provide valuable input and perspective on a host of basketball-related projects.”

Rose joins the league office from the Detroit Pistons, where he had served as Assistant General Manager since 2018. Prior to that, Rose worked as General Manager of the NBA G League’s Erie BayHawks from 2015-18. A 13-year NBA veteran who also served on the National Basketball Players Association’s executive committee, Rose won NBA championships with the San Antonio Spurs in 1999 and 2003. He played collegiately at Drexel University and graduated with a degree in computer information systems. He also holds a master’s degree in sports management from Drexel.

Booth joins the league office after most recently serving as Director of Player Personnel for the New Orleans Pelicans from 2014-19. He has also worked in a scouting capacity for New Orleans and the Memphis Grizzlies. Booth was hired by New Orleans in 2010 after spending one season as an assistant coach at his alma mater, DePaul University, where he played from 1988-92 and earned a degree in communications. He played professionally overseas from 1992-2005.