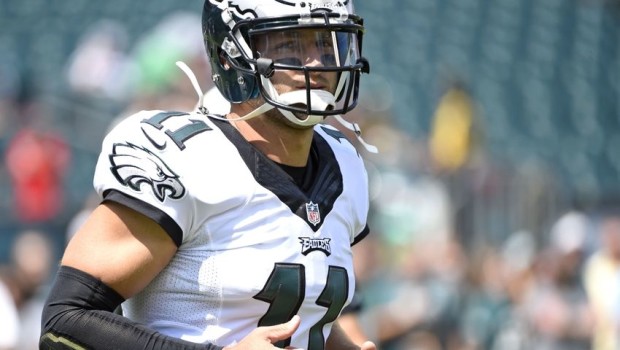 Delusional ex-Eagles quarterback Tim Tebow still thinks he can play the position in the NFL!

The former Bronco/Jet/Patriot/Eagle said during an interview on “Larry King Now” that he hasn’t completely given up the dream.

“I’ve talked to a lot of my friends who are in the league and playing and all around, so yeah,” Tebow replied when asked about the chances of playing football again, via the New York Daily News.

The 28-year-old hasn’t played in a game since 2012, and when Bill Belichick and Chip Kelly tinkered with him and can’t figure out what to do with him, then it’s probably over.

But Tebow insisted if he ever was to return, it would only be as a quarterback.

You’ll probably hear more from the Heisman winner in the coming months, since he has a book coming out about handling success and disappointment. But at this stage, he should probably counsel himself about the ability to move on, since the NFL already has.