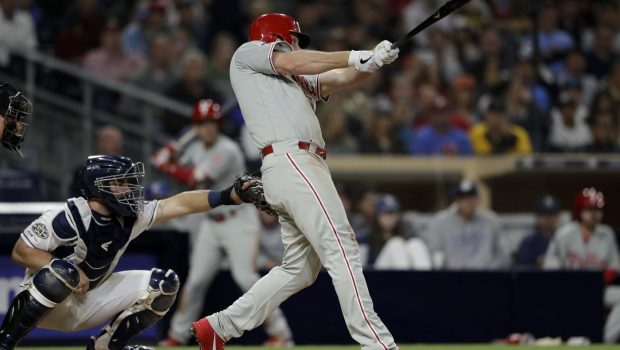 Phillies outfielder Jay Bruce was reinstated from the injured list last night after not playing since July 16 because of a right oblique strain.

Bruce played left field against the San Francisco Giants, going 0-for-3 with a strikeout while batting fifth in the 5-0 loss.

Acquired from the Mariners in June after Andrew McCutchen went down with a season-ending ACL injury, Bruce is hitting .256 and slugging .564 with the Phillies and has 10 home runs and 29 RBIs.

To make room on the roster, the Phillies optioned Adam Haseley to Triple-A Lehigh Valley.