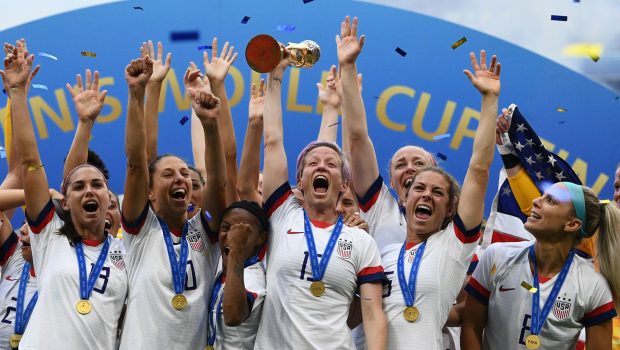 Fresh off winning its fourth World Cup title, the U.S. women’s national team will be feted in Lower Manhattan this morning with a ticker-tape parade along Broadway.

“To our 2019 World Cup Champion USWNT,” New York Mayor Bill de Blasio tweeted after the United States’ 2-0 win over the Netherlands in Sunday’s final. “You have inspired the entire country — and New York City knows how to celebrate champions. We’ll see you Wednesday at 9:30 a.m. for the Ticker Tape Parade down the Canyon of Heroes. #OneNationOneTeam.”

The mayor’s office announced Sunday that a limited number of tickets would be available to the general public to attend a ceremony at City Hall at 10:30 a.m. following the parade.