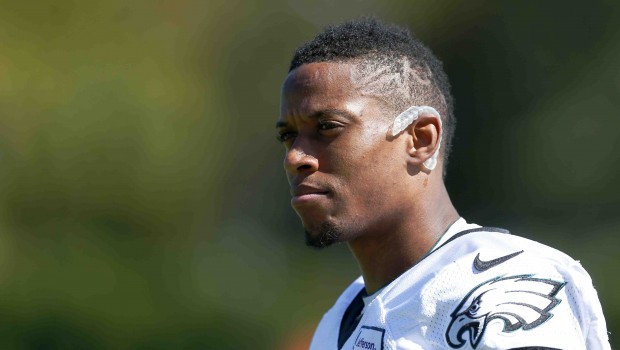 Hey there Cary Williams, why don’t you just shut the hell up?

The Eagles whining cornerback complained that his legs were shot because of coach Chip Kelly’s practice regimen, which is why he got torched by the Redskins’ DeSean Jackson for a TD last Sunday.

In all three of their wins this year the Eagles have either come from behind or broken a tie to go on to win in the fourth quarter.

“I actually think we’re the strongest team in the fourth quarter, and it shows,” defensive coordinator Billy Davis said. “We keep finishing the games. Where others don’t have it in the tank, we have it in the tank. Three games in a row now where we stepped up.”

Davis was responding in part to Eagles cornerback Williams’ post-game rant about Kelly and his coaching staff for the team’s practices and said he wasn’t fresh for games.

In the season opener against Jacksonville, the Eagles trailed 17-0 at the half; and 17-14 after three quarters. They outscored the Jaguars, 20-0, in the fourth quarter to win, 34-17.

The Eagles have outscored opponents, 40-14, in the fourth quarter this season; and the 40 fourth-quarter points lead the NFL.

“To be honest, last year I thought there were times when I watched them, they tired themselves out,” an assistant coach whose team will face the Eagles this year, told the Trenton Times’ Mark Eckel. “I didn’t see them as a comeback team.

“This year, and I haven’t watched the Washington game yet, they’ve been nothing but a comeback team. They came back and beat Jacksonville, which didn’t surprise me. But that Monday night game (in Indy), that was impressive. But in both games they wore the other team down. You can see it just by watching it.

“Is it that science stuff? Hey, I don’t know about that. But they look like they’re in pretty good shape.”