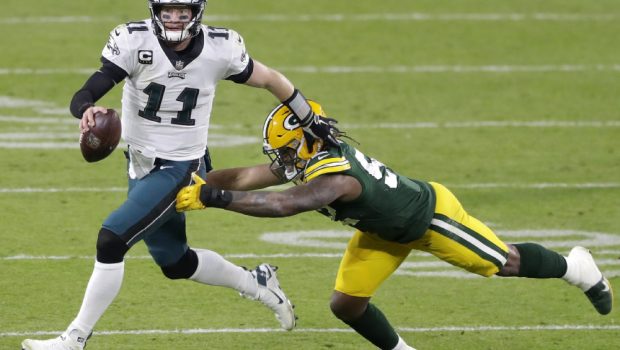 The NFL salary cap rules provide one big reason the Eagles may be stuck with Carson Wentz, no matter what he wants or says in leaked reports to ESPN.

Quarterback Wentz, who was benched after Week 13 and replaced with rookie Jalen Hurts, will make $18.6 million for the season between base salary and bonuses, according to data from Spotrac, making him the second-highest paid player on the roster.

He’s topped only by defensive tackle Fletcher Cox, who leads the team with total 2020 compensation of $23.8 million.