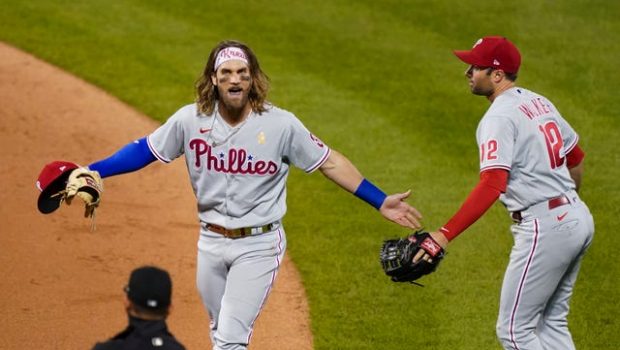 ONE NATS FAN BOOED PHILS BRYCE HARPER OUTSIDE THE PARK!

Bryce Harper started his MLB career in Washington before he took the $330 million to join the Phillies in March 2019.

And Nationals fans will never forget.

Even those who are barred from attending games in DC because of the pandemic.

Someone is booing Bryce Harper outside Nationals Park pic.twitter.com/jesYrHhIzt

It’s cold, but that won’t stop me from missing any of the remaining @Nationals games. Gonna wreck my vocal chords cheering them on!! And booing @bryceharper3 of course. #nats #onepursuit pic.twitter.com/ZzoiW8Fxc4

The sound of Justin’s boos could be heard on the MASN broadcast as Harper walked to the plate in the top of the third inning for his second at-bat of the afternoon.