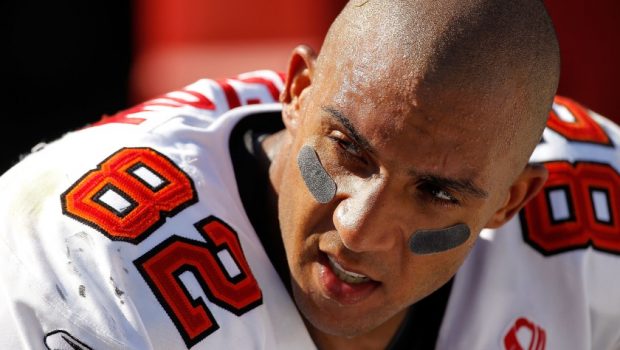 Kellen Winslow II was once the highest-paid tight end in the National Football League as a key player for the Cleveland Browns.

Today he is a convicted rapist, sentenced yesterday to 14 years in prison for raping two women and sex crimes against three others.

The judge who sentenced him called Winslow a sexual predator who preyed on marginalized women.

One of the women whom Winslow raped was homeless at the time of the assault in 2018, and another previously testified thatWinslow had raped her after she passed out at a house party in 2003. She was 17 at the time.

A third victim was hitchhiking in 2018 when Winslow gave her a ride and sexually assaulted her, she had testified.

At the sentencing in Superior Court in San Diego County, the judge, Blaine Bowman, said that Winslow, 37, had chosen victims — five altogether — who he believed would not report his crimes.

“I think that they’re brazen crimes, and he selected the most vulnerable victims he could possibly find in order to carry out his crimes and hopefully get away with it in his mind,” Judge Bowman said.

In exchange for avoiding a life sentence, Winslow pleaded guilty in 2019 to the rape of an unconscious victim and felony sexual battery charges.

One thought on “ONCE GREAT TIGHT END, KELLEN WINSLOW II GETS 14 YEARS FOR RAPES!”