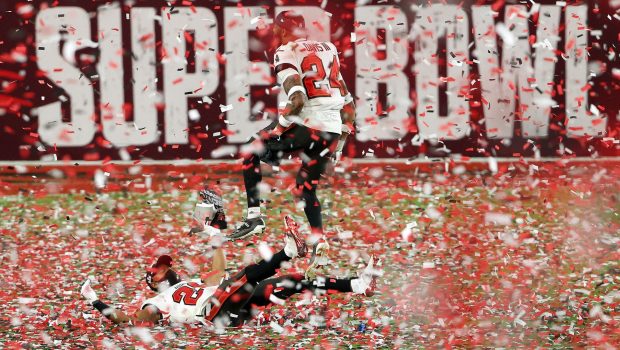 ON SOBER 2ND THOUGHT, SUPER BOWL WAS A BORING BLOWOUT!

Tom Brady moves to 7-3 in the Super Bowl, further cementing his legacy as the G.O.A.T. at the expense of Patrick Mahomes — the player with perhaps the best shot at one day challenging Brady’s throne.

The Bucs were a half-inch away from scoring touchdowns on five straight drives, while the Chiefs got inside the red zone just three times all night.

The win capped an epic run in which the Bucs became the first team in NFL postseason history with four, 30-point games and the first to beat three Super Bowl MVPs en route to the Lombardi Trophy (Mahomes, Rodgers, Brees).

As for the QB comparison? Well, Mahomes is now 6-2 in his young postseason career … with Brady responsible for both losses.

Just how tough was Mahomes’ night, thanks in part to the Bucs’ fearsome pass rush and a masterful gameplan, put together by DC Todd Bowles?

Mahomes ran 497 yards (!!!) before his pass attempts and sacks, the most by a QB all season.

He was pressured 29 times, more than any QB in Super Bowl history. That forced him to scramble most of the night (on a bad foot).

His 52.3 passer rating was the worst of his career.

This was just the fifth time (in 54 career games) he failed to throw a touchdown, and the third time he failed to score entirely

This was not only the first time Mahomes lost by more than one score as a pro, but the margin of defeat (22 points) was exactly half of the combined deficit in the nine previous games he’d lost (44 points).

One thought on “ON SOBER 2ND THOUGHT, SUPER BOWL WAS A BORING BLOWOUT!”