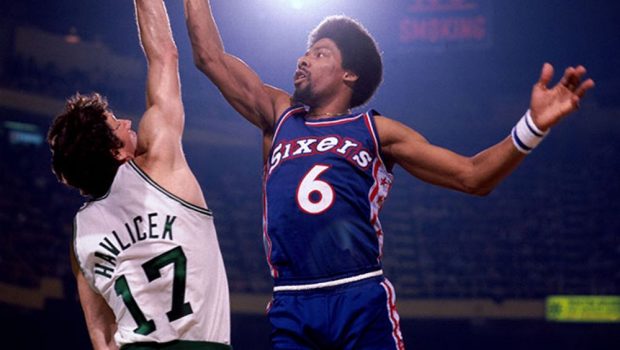 Today is a very important anniversary in Sixers history:

On October 20th in 1976, the Sixers acquired superstar Julius Erving from the New Jersey Nets for $3 million dollars, just months after the four ABA franchises – the Nets, Indiana Pacers, Denver Nuggets, and San Antonio Spurs – joined the league as part of the merger during the 1976 offseason.

The merger, however, cost the Nets – the defending ABA Champions – their star player in Erving. As part of the merger, the four ABA franchise were to pay the NBA an entry fee of $3.2 million while the Nets had to cough up an additional $4.8 million to the New York Knicks for “territorial invasion”.

With the steep prices that were due, the Nets franchise didn’t have a lot of options and thus, traded their best player – the reigning 3-time ABA MVP – to the 76ers just 24 hours before the first game of the 1976-77 season.

Erving was one of the greatest players in the ABA’s short history. A majority of his achievements coming as a member of the New York Nets (1973-76), who had acquired him from the Virginia Squires (1971-73).

For his short yet successful stint, Erving’s #32 is retired by the Nets franchise.

Acquiring a player the caliber of Erving, the 76ers instantly rose to championship contention.

In fact, in his first season with the team, he led the franchise to the 1977 NBA Finals against the Portland Trail Blazers. Although the 76ers lost the championships series in six games, it was a positive sign as it was their first Finals since the 1966-67 season, when the Wilt-led Sixers won the title.

Over the first seven of Erving’s 11 years with the 76ers, the franchise advanced to a total of four NBA Finals (1976, 1980, 1982, 1983). They clinched Erving’s lone title and their third in franchise history in 1983, by sweeping the Los Angeles Lakers in the Finals, to make those seven years the most successful run the franchise ever enjoyed.

For his tremendous contribution to the franchise, his #6 jersey – which he wore in tribute to Celtics legend Bill Russell – was retired by the 76ers on April 6th, 1988, less than a year after he retired. Nearly two decades later, the franchise paid tribute to the legend once again by unveiling a sculpture of Erving outside their practice facility in Camden, New Jersey.