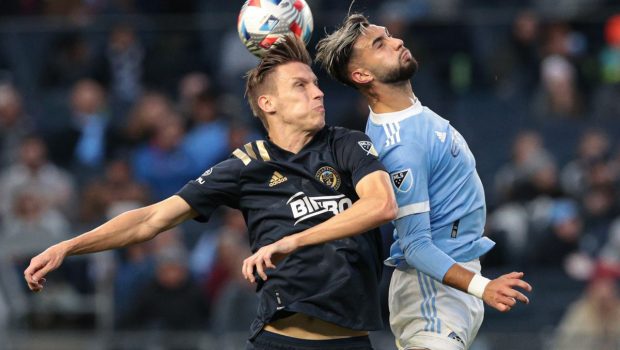 ON EVE OF BIGGEST UNION GAME IN HISTORY, COVID TAKES A TOLL

Several Union players are in COVID-19 health and safety protocols as the club prepares for its first-ever MLS Eastern Conference final.

The Union, the East’s No. 2 seed, host No. 4 seed New York City FC on Sunday afternoon in Chester.

“We were able to return to practice today,” Curtin said Friday. “We hope to have as many players available as possible for our game against NYCFC.”

The Union opened the playoffs with a 1-0 win against New York Red Bulls on Nov. 20 and advanced on penalties in last Sunday’s semifinal against Nashville SC.

“Our players have worked tirelessly to get to this point,” Curtin said. “I know they’ll be brave even in the adversity that we’re facing. We’ve stepped up in big moments all year long. Be it international absences, the challenges of Concacaf, players losing loved ones. Adversity on and off the field, this group always finds a way to step up. We will make our fans proud.”