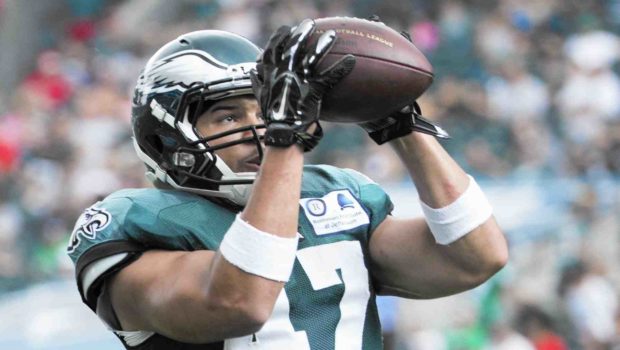 OMG! WHAT IF EAGLES REALLY ARE THIS GOOD, INKY COLUMNIST ASKS

Not just good in the well-this-looks-promising-for-the-future kind of way we have padded the corners of recent optimism, but really good. Not just good enough to beat the winless Cleveland Browns and the Chicago Bears, but good enough to stand up to the undefeated Pittsburgh Steelers in Lincoln Financial Field and win that game, too.

If they can do that, what is reasonably beyond their grasp? Not much, to be honest. Beat the Steelers and there isn’t necessarily a tougher game on their schedule. Sam Bradford and the Vikings? Maybe. The Giants or Seahawks on the road? The Packers at home? All good tests, but not any more difficult than what faces them Sunday afternoon when rookie Carson Wentz tries to find the seams in a true zone defense and the Eagles attempt to stop a Hall of Fame quarterback on the other side of the line: