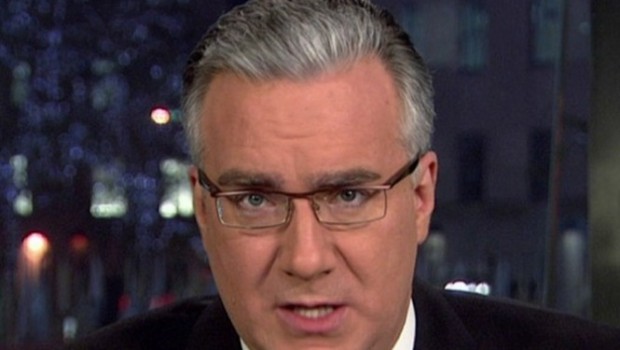 Media whore Keith Olbermann is running out of bridges to burn.

Olbermann was canned from his ESPN show for the rest of the week after making insulting comments about Penn State students on Twitter.

On Monday, a Penn State alum tweeted to Olbermann the phrase “We Are!” and a link to an article about students raising more than $13 million to fight pediatric cancer.

Olbermann, who often spars with commenters on Twitter, then refused to back down in several more tweets, saying he was referring to Penn State students in general and not the fundraising.

“It was completely inappropriate and does not reflect the views of ESPN,” the network said in a statement Tuesday. “We have discussed it with Keith, who recognizes he was wrong. ESPN and Keith have agreed that he will not host his show for the remainder of this week and will return on Monday. The annual tradition of THON and the efforts of the students of Penn State to fight pediatric cancer should be applauded.”

Olbermann also apologized on Twitter on Tuesday, saying, “I was stupid and childish and way less mature than the students there who did such a great fundraising job.”

Olbermann returned to ESPN in summer 2013, vowing that his second stint would go better than his first. He had made his name with his catchphrases and sardonic tone as a “SportsCenter” anchor from 1992-97.

But his tenure ended amid harsh words and clashes with management over his right to do outside work. He was suspended briefly for not seeking permission to record public service announcements.

Two politically oriented jobs didn’t end well, either. After eight years as a prime-time host at MSNBC, he quit abruptly in January 2011, though most observers considered that he was fired.

He later joined Current TV but lasted a year before he was taken off the air; he filed a lawsuit, which was settled out of court.