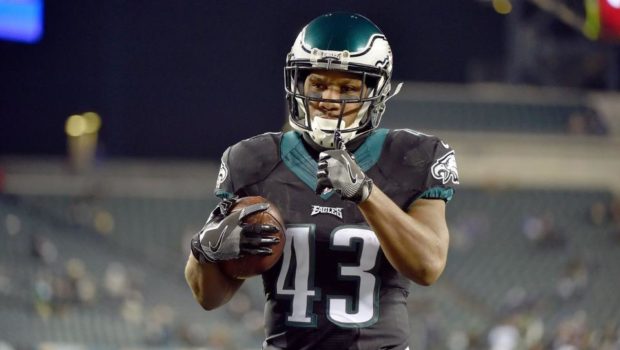 The Eagles had a productive first day of free agency, and now big boss Howie Boy Roseman needs to get out his machete and start clearing the brush so he can add some more pieces:

Trade Chase Daniel: The Eagles can save $6 million by dealing him. The problem is it would leave them without a backup quarterback.

Re-do Brandon Graham’s deal: Graham counts $7.5 against the cap this year and again in 2018. He’s scheduled to earn base salaries of $6.5 million in each of those years.

Trade or cut Mychal Kendricks: The veteran linebacker is all but gone. A trade or an immediate cut saves $1.8 million, a post-June 1 cut saves $5 million.

Cut Ryan Mathews: You would think this would be easy. Mathews’ neck injury makes it a lot more difficult. Teams cannot release players who are injured, without an injury settlement. So that $4 million that could be saved, has to either be cut by the settlement, or wait until the running back is healthy.

Trade Darren Sproles (above): The back/returnman has said this is his last year. The Eagles can save $4 million if they can trade him. But yesterday’s moves look like the Eagles are trying to win in 2017, so they might want to keep another weapon on offense.