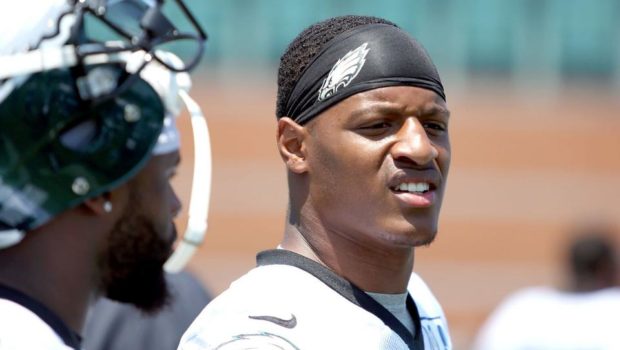 EAGLE CORNERBACKS SUCK! WHAT’RE THEY PLANNING TO DO ABOUT IT?

Patrick Robinson, who signed a one-year deal and turns 30 next month, told reporters he’s just “25 percent” of where he needs to be after another day of watching Eagle receivers run past him. Robinson is now questionable to make the 53-man roster, which would leave second-year pro Jalen Mills, who made two starts last year as a rookie seventh-rounder, and rookie third-round pick Rasul Douglas (above) — who is having his own typical first-year ups and downs — as potential starters: