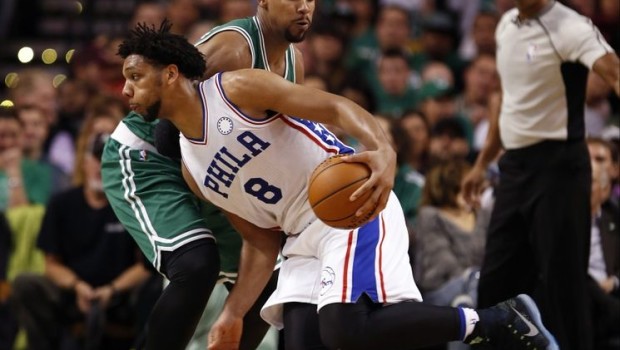 The NBA trade deadline is three days from now — Feb. 23 — and ESPN’s Marc Stein has a bead on the Sixers’ effort to deal Jahlil Okafor, courtesy of “Mike and Mike”:

So Okafor is kind of still there. I mean he’s been so out there you tend to think that Philadelphia will find something in the next three days where they move him. I’ve heard that Boston has still give that some consideration. Chicago is another team that’s said to have shown some Okafor interest. You can rest assured Philly’s gonna spend the next three-plus days trying to find a trade home for Jahlil Okafor. Once the prospect of a trade has gone that far, it’s hard to pretend that didn’t happen, but at this point as we stand Philadelphia doesn’t have an Okafor deal and obviously another team that looked at him seriously — New Orleans — that’s not an option.