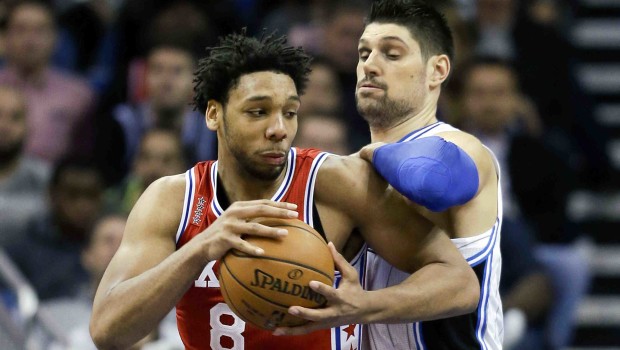 OKAFOR ON A 5-GAME TEAR WITH MAGIC IN TOWN TONIGHT

The Orlando Magic are at the Wells tonight to play the Sixers, hoping they can contain rookie center Jahlil Okafor and former Magic point guard Ish Smith, who combined to bury the Magic 96-87 on Jan. 20.

”The team was giving me the ball in great position to score, and I was just trying to keep being aggressive,” said Okafor after Sixers’ fourth straight loss and eighth in nine games.

Former 76ers center Nikola Vucevic, who did not play in that contest, has averaged 22.0 points and 12.8 rebounds over four consecutive double-doubles.