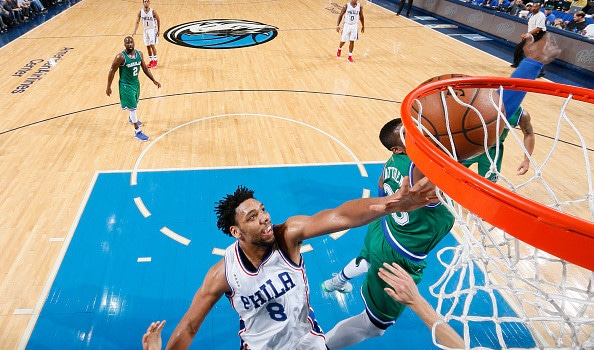 Sixers rookie center Jahlil Okafor had the game of his life, scoring 18 points in the first quarter and finishing with a career-high 31. Okafor’s total was not only his highest as a pro, but one more than his high total during his one-and-done national championship season at Duke last year.

”The team was giving me the ball in great position to score, and I was just trying to keep being aggressive,” Okafor said.

But the Sixers fell to the Dallas Mavs 129-103 as  Wesley Matthews scored 21 points and Dirk Nowitzki had 18.

”We needed a win,” Nowitzki said. ”There was some frustration building from some close losses where we should have won. We definitely needed a win to stop the bleeding.”

The Sixers led 43-35 in the second quarter before Dallas closed the half with a 31-11 run. The 66 points were Dallas’ best half of the season.

The Sixers closed to 80-71 on Nik Stauskas’ 3-pointer with 5:09 left in the third, but the Mavericks scored the next 10 points.

Nowitzki went over 29,000 career points with a 3-pointer with 10:21 left in the third quarter. He is sixth in scoring in NBA history.

Sixers forward Jerami Grant played despite being poked in the eye for the third time this season on Friday night. Coach Brett Brown, when asked what Grant has shown him this season, quipped: ”He’s shown me that he needs goggles.”