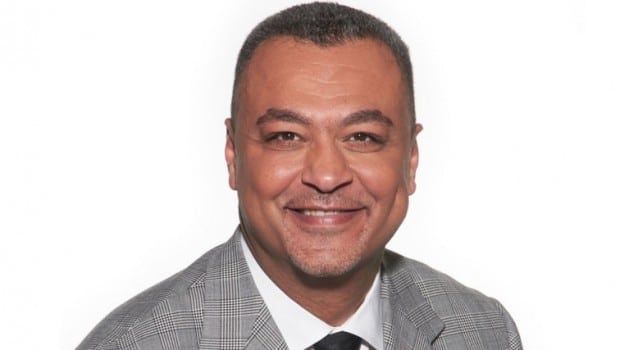 OKAFOR HAS ANOTHER DUKIE — ABDELNABY — AS SIXER TV FRIEND!

If you didn’t recognize the voice of the announcer alongside Marc Zumoff on last night’s Sixers-Heat game on CSN, it belongs to:

And, while AA doesn’t have a Philly pedigree like Rose, whom the Hawks hired for their front office, at least he shares a Blue Devil background with Sixers rookie Jah Okafor.

After Duke, Abdelnaby was a first round pick of the Portland Trail Blazers in 1990. After bouncing around the league for several years, Abdelnaby signed two ten-day contracts with the Sixers in 1995 before eventually being released.

The 47-year-old has worked for CBS Sports Network as a studio analyst, and also does color commentary for Westwood One Radio.

“Timing is a lot in life, and I think this team is on the rise,” Abdelnaby said Thursday. “I think with the pieces that the Sixers have acquired over the offseason, a guy like (Jahlil) Okafor in particular, a Duke guy, for me in particular it’s even more relatable a place because of his presence here. But this team is rising, and for me to be able to hitch my ride at this moment is a great opportunity, one I couldn’t pass up.”