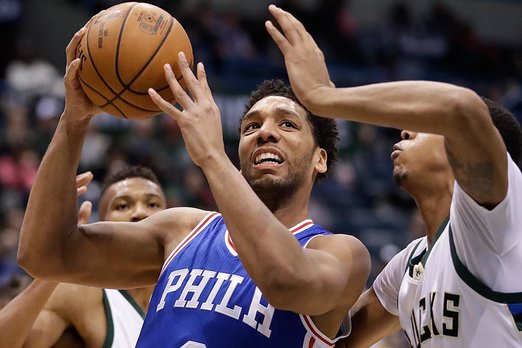 OKAFOR TO BULLS? SIXERS COULD GET PG DENZELL VALENTINE!

The Bulls have reached out to the Sixers about acquiring former No.3 overall pick Jahlil Okafor, as CSN Chicago reports:

So far, there’s more interest on the Bulls’ side than the 76ers’ side, according to sources, but the Bulls are interested in Okafor’s services. Because salaries have to match and Okafor is on a rookie-scale deal, one wonders how it can work if the 76ers aren’t enamored with some of the Bulls’ young players who’ve yet to fully blossom. The Bulls could conceivably open up talks to a third team if need be, considering it isn’t likely they’d want to part with any future first-round picks as they’re still deciding how they are to proceed with franchise direction in the next couple seasons.

Talks aren’t necessarily heating up, but they aren’t dead. It’s interesting how they could see using Okafor as a low-post scorer while currently having Cristiano Felicio and Robin Lopez at center.

The Bulls do have some young pieces the Sixers might want. Denzel Valentine and Jerian Grant are both former first-rounders who have shown flashes at point guard, which the Sixers desperately need.

Okafor is an excellent buy-low candidate. We’ll see if the Bulls and Sixers can figure out a move, and if so, if this means the Sixers are done moving key pieces with Nerlens Noel’s recent resurgence.