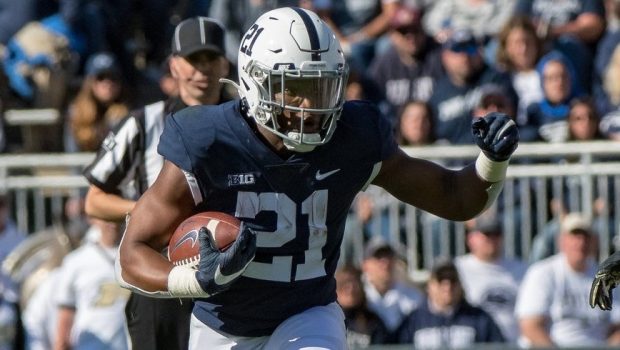 Sophomore running back Noah Cain will miss the rest of the season due to injury, Penn State coach James Franklin confirms.

Cain suffered an injury to his left ankle or foot (the Nits aren’t saying) on his third carry against Indiana early in the first quarter of Penn State’s 36-35 overtime loss to the Hoosiers. He was seen wearing a protective boot on the sideline in the second half.

“Love Noah and (have) so much respect for Noah,” Franklin said during his weekly press conference. “He really had an unbelievable offseason and worked really hard for this opportunity.”

Cain started against Indiana in place of junior Journey Brown, who might miss the season with an undisclosed medical condition. Brown and Cain were the Lions’ top two rushers last year, combining for 1,356 yards and 19 touchdowns.

Ford carried 20 times for 69 yards and one accidental touchdown late in regulation at Indiana. He ran 52 times for 294 yards and two scores last season as a true freshman.