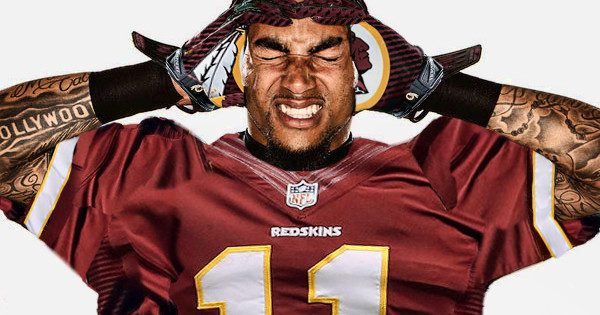 WHAT ARE THE ODDS OF A DESEAN JACKSON-EAGLES REUNION?

The Eagles have quite a few needs during the free agency period and the NFL draft.

Looking at the free agency market, there are a few players that could fit perfectly with the Eagles, including one of their former players.

DeSean Jackson’s contract with the Washington Redskins has come to an end, and he will hit the open market this offseason. Washington will likely attempt to re-sign him, but Jackson will not give them a hometown discount. Returning to Philly certainly seems like a solid option for him.

During the 2016 season with the Redskins, Jackson caught 56 passes for 1,005 yards and four touchdowns. He was once again a big playmaker for the Redskins, and he would be a massive upgrade for the Eagles at wide receiver position.
At 30, Jackson still has plenty of football left.

He will be searching for a lucrative three or four-year contract.

The Birds’ leading receiver this season was tight end Zach Ertz, who caught just 78 passes for 816 yards and four touchdowns.

Jackson would be a step up from Ertz. He would also bolster the wide receiver depth chart for the Eagles.

There are very few teams that would be better landing spots for Jackson than the Eagles. Even fewer teams will be able or willing to offer a deal as lucrative as Jackson wants. That should make the Eagles one of the front-runners to sign Jackson at the start of free agency.

Expect the Eagles to show interest in Jackson early in free agency. They need an upgrade at the wide receiver position, and they will aggressively try to find that upgrade. A reunion in Philly would be intriguing and would excite the fan base in a big way.