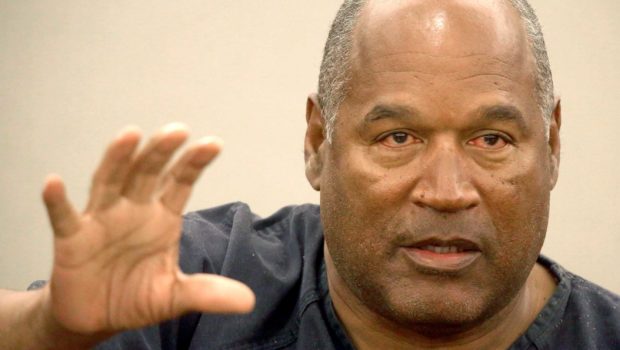 O. J. SIMPSON WILL NO DOUBT KILL IT ON TWITTER!

So now O. J. Simpson is going to kill it on Twitter!

Simpson now has his own official Twitter account, @TheRealOJ32. And according to his first post – a 22-second video that has been viewed almost 2 million times in eight hours – Simpson declares with a smile that “I’ve got a little getting even to do.”

The video accompanied a tweet that said only “Coming soon!!!”

“Hey Twitter world, this is yours truly,” a smiling Simpson says in the video, which appears to have been taken from a golf course. “Now, coming soon to Twitter, you’ll get to read all my thoughts and opinions on just about everything. Now, there’s a lot of fake OJ accounts out there. So this one, @TheRealOJ32 is the only official one. So, this should be a lot of fun. I’ve got a little getting even to do. So God bless. Take care.”

The snippet has already drawn an avalanche of responses, with over 6,500 replies, 9,000 retweets and 25,000 likes in the first 10 hours since posting. That’s a sizable wave of responses for an account that had gained roughly 97,000 followers in its first few hours. While the account does not yet have Twitter’s blue checkmark of authenticity, it does appear to be legitimate and will almost certainly be one of the most controversial on the social-media platform.

Simpson was controversially acquitted of the double-murder of his ex-wife Nicole Brown-Simpson and Ron Goldman in 1995, but later found responsible for the murders in a civil lawsuit in 1997 – the latter of which included a $33.5 million judgement against Simpson and in favor of Brown and Goldman’s families.

The families have repeatedly skewered Simpson for allegedly attempting to evade the financial liability in the judgment, accusing him of relocating to Florida and then Nevada to avoid paying the tens of millions still owed. Simpson later served nearly nine years in a Nevada prison for his role in a Las Vegas robbery involving pieces of memorabilia that previously belonged to him.

Based on the first video post, the account may end up being one of the most challenging for Twitter to monitor when it comes to the site’s recent clamp-down on abusive behavior and language, which has included brief suspensions of some high-profile accounts. As might be expected, Simpson’s first post has already drawn a cacophony of jokes about his double-murder acquittal and other less-than-tasteful responses.

The post comes two days after June 13 marked 25 years since the double-murder of Brown-Simpson and Goldman.