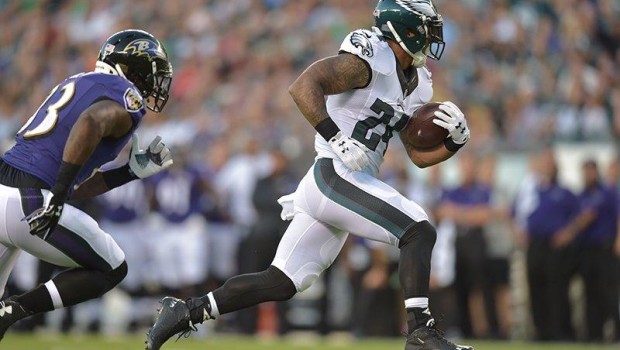 O BOY! THIS EAGLES OFFENSE IS LOOKING LIKE ONE OF THE NFL’S BEST

Yes, I am aware that it is only the preseason.

But it is hard to draw any other conclusion after two games but:

If the newbies stay healthy, this offense could really start to hum. Bradford looked mostly sharp on Saturday night and took some big hits (including a questionable shot near the knees from Terrell Suggs) against the Ravens. Everyone’s going to hold their breath every time Bradford’s on the field for the next few weeks and/or for the entire season, but it actually is possible he stays healthy.

Kelly’s offense calls for quick throws, which should mean less wear and tear. Plus Bradford won’t have Suggs coming at him every single week.

Murray, making his debut, and Ryan Mathews looked like a perfect fit for Kelly’s offense. The offensive line blocked well but you can see such a massive difference in what these guys bring to the running game with the north-south action that McCoy and the Eagles lacked at times last year.

It’s not a goal to blame Shady, because the offensive line was banged up in 2014 too. But Murray and Mathews could really take this thing to the next level. Add in Jordan Matthews and Agholor, both of whom excel at route running, and it’s very possible the Eagles explode to new heights in 2015.