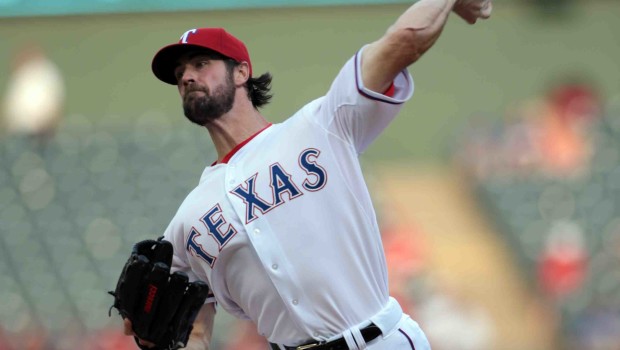 IS THIS NOW WHAT PASSES FOR A COLE HAMELS QUALITY START???

The goal posts are quickly moving on what is considered a quality start by former Phillies ace Cole Hamels.

Sorry for the mixed metaphor.

So, let’s just say the standard for Hamels, who was once a top-shelf MLB hurler, has been lowered quite a bit.

If you let the box score tell the story, Hamels turned in a quality start on Monday night against the Seattle Mariners at Globe Life Park.

If you watched the game, then you realize that’s not true.

Hamels allowed only three runs in seven innings, which technically qualifies as a quality start. But he walked four and twice blew leads.

And if not for a sensational play by right fielder Shin-Soo Choo to throw out Seattle’s Logan Morrison at home plate for the final out of the seventh inning, then the Texas Rangers would have trailed for the first time.

Instead, Adrian Beltre’s flawless defense throughout the game and his three RBIs, including a walk with the bases loaded in the bottom of the ninth, helped the Rangers win their fifth straight game 4-3.