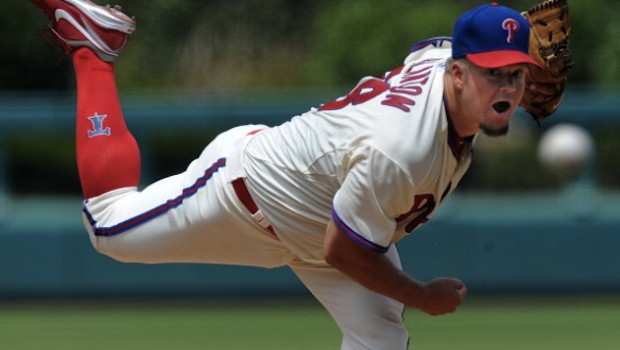 With all the shouting and pouting that is going on about the MLB trade deadline here in Philly — Cole Hamels, Jonathan Papelbon, etc. — it is useful to remember a trade seven years ago that seemed like small potatoes at the time but paid big dividends for the Phils and their fans:

Joe Blanton: The Phillies needed to fortify the back of its rotation and did so by dealing three young players to the A’s for Blanton on July 17. The righty was solid over 13 starts for his new team, with a 4.20 ERA (104 ERA+), and the Phillies went 7-4 in his outings on their way to capturing a division title, a league title and the World Series. The club also won all three of his postseason starts, with Blanton posting a 3.18 ERA and 18 strikeouts over 17 innings.