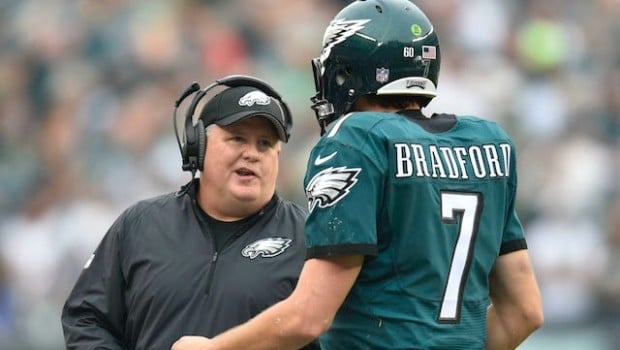 In the most critical moment of Super Bowl 52, coach Doug Pederson took a page out of Chip Kelly’s playbook. And why not? It had worked for him so many times throughout the game.

It was fourth-and-1 near midfield with a little more than five minutes remaining and the Eagles trailed the Patriots by a point. Pederson dialed up a “mesh” concept — where shallow crossing routes come together over the middle of the field to serve as legal picks to defenders in pursuit — coupled with a wheel route out of the backfield, which is often the quarterback’s primary read.

At the owners meetings in Orlando, Florida, in late March, Pederson said he had nine versions of that same play installed for the Super Bowl — nine — dressing it up in different formations and with different personnel so the Patriots wouldn’t get wise to it. He ended up calling it four or five times over the course of the evening with great success, including a 55-yard gainer by Clement late in the first half to set up the “Philly Special.” Asked about the play, Pederson came clean that it was not his to claim.

“That was actually a play that Sam Bradford brought to us that he ran in Chip Kelly’s offense,” Pederson said during the NFC coaches breakfast. “So that is where the play came from. We ran a version of it, but I liked that version better. Sam brought it to my attention. We put it in our first year, probably didn’t call it as much. Our quarterbacks really like the play. It is not a play that is in every week because of the structure of the defense, but we just so happened to have several of them in for the Super Bowl.”