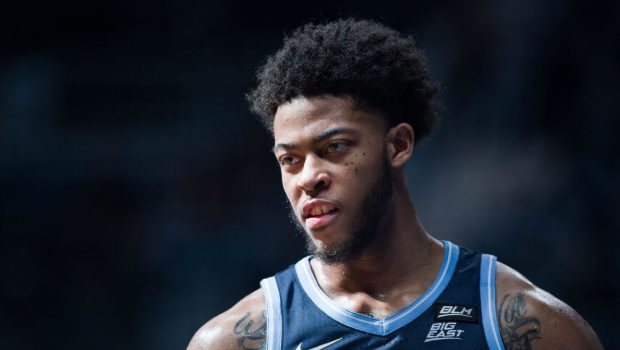 Villanova guard Justin Moore suffered what coach Jay Wright said to be a “pretty severe” sprained ankle in the first half against Providence, adding to the growing injury woes for the No. 10 Wildcats.

Moore went down with an ankle injury in the first half of the Wildcats’ 54-52 loss to the Friars and needed to be helped off the court. He eventually went to the locker room before the school announced he wouldn’t return.

“It was pretty severe,” Wright said after the game. “They said right away he’s not going to return. I think we’ll get an MRI tonight or [Sunday] morning.”

Senior guard Collin Gillespie, the team’s starting point guard for the last three seasons, was lost for the season after suffering a torn MCL against Creighton on Wednesday. Moore stepped up in the second half after Gillespie’s injury, finishing with 24 points, five rebounds and five assists against Creighton.

Without Gillespie and Moore, Cole Swider started the second half against Providence, and Brandon Slater and Bryan Antoine have seen bigger roles. Chris Arcidiacono, the brother of former Villanova guard Ryan, also played minutes off the bench.