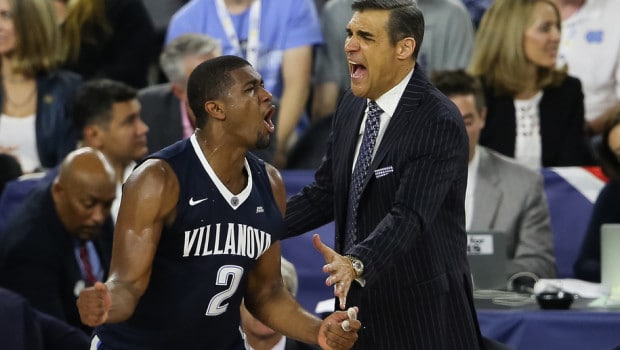 Villanova’s Ryan Arcidiacono ferociously made his way up the court.

His trailing teammate, Kris Jenkins, called out his name, caught a scoop pass from Arcidiacono behind the 3-point line and let it go.

At the buzzer, with the red light illuminated around the game clock, the basketball dropped, a dagger in the hearts of North Carolina coaches, players and fans.

Game over. Villanova was the new national champion, 87-84.

? "Gives it to Jenkins… for the Championship… YES!"#OTD: Kris Jenkins (@Smoove2you_) delivered a championship-winning BUZZER-BEATER for @NovaMBB in 2016! ? #MarchMadness pic.twitter.com/j8nz3TMLLV