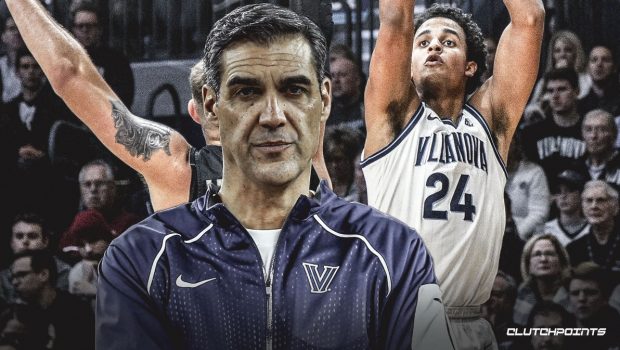 NOVA’S JAY WRIGHT RUMORED TO KNICKS: THAT WILL NEVER HAPPEN!

Villanova’s Jay Wright is a possibility to become the Knicks’ next coach, according to Forbes.

That’s not the news.

Of course, there are rumors about Wright, perhaps the best college coach in the country with two national titles and one other Final Four on his resume, leaving to go to the pros.

But why in the world would he leave the Main Line, where hs is making $4 million-plus a year, to coach the worst franchise in the NBA with the worst owner?

“The impression from people who know Wright is that the only job he’d leave Villanova for is the 76ers,” says the New York Post.

Impressions from people who know Wright and are nameless.

In May 2018, Wright told the Post that not talking to the Knicks had everything to do with Villanova.

Carl Hirsch, Wright’s longtime agent, also told the Post at the time that Wright had no plans to leave the school.

Wright, 58, is in his 19th season with Villanova. He led the Wildcats to national titles in 2015-16 and 2017-18. Wright is from the Philly area, near where Rose and “Worldwide Wes” William Wesley — a basketball power broker whom Rose has worked with — grew up in southern New Jersey. Rose is from Cherry Hill and graduated from Temple.

Wright is putting his Berwyn, Pa., house on the market for roughly $2.5 million, but Philadelphia Business Journal reports he and his family are looking to move closer to Villanova’s campus.