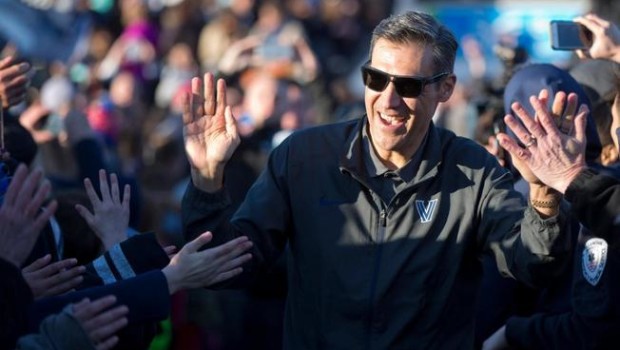 Villanova hoops coach Jay Wright is about to enter some rarified air.

He’ll receive the John R. Wooden Award Legends of Coaching honor next April in Los Angeles, which is given to coaches who exemplify the late UCLA legend’s standard of coaching success and personal integrity.

Wright has spent 16 years at Villanova, where he earned his 500th career victory last season and led the Wildcats to the 2016 national championship. He is a five-time Big East Conference Coach of the Year winner.

Other previous winners of the award include Roy Williams of Kansas, Mike Krzyzewski of Duke, Tara VanDerveer of Stanford and the late Dean Smith of North Carolina.