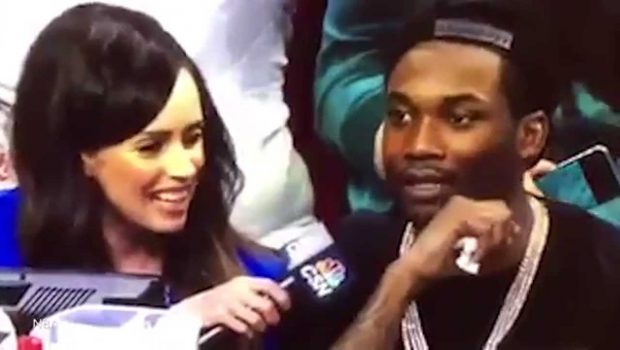 DID NOVA’S DONTE DISS MEEK MILL WITH N-WORD: I DIDN’T DO IT!

An old tweet from the account of Villanova guard Donte DiVincenzo re-emerged just as he was being named Most Outstanding Player of the Final Four last night.

The tweet from August of 2011 is a lyric from Meek Mill song Derrick Rose that had been released just more than a week earlier. The tweet, and lyric, in question is: “Ballin on these niggas like I’m derrick rose!”

“I didn’t do that,’’ DiVincenzo said after he scored a game-high 31 points in Villanova’s victory against Michigan in the national title game.

At the time of the tweet, DiVincenzo was 14 living in Wilmington, Del., a suburb of Philly (Meek Mill’s hometown), but a white kid using that racially charged word is always a problem.