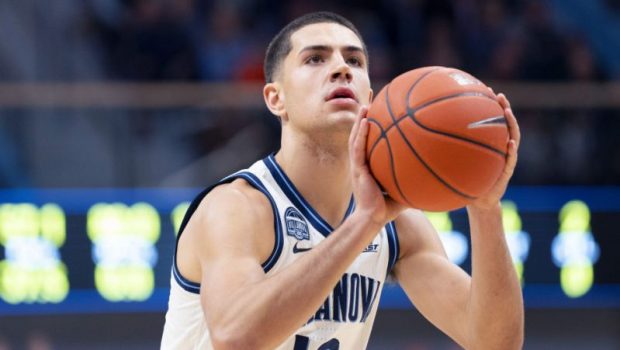 NOVA’S COLE SWIDER WILL FINISH COLLEGE AS AN ORANGEMAN!

Villanova forward transfer Cole Swider has committed to Syracuse, which had recruited Swider as a high school prospect and even hosted him for an official visit.

After spending three years at Villanova, the versatile forward will now finish his collegiate career in Central New York.

Swider appeared in 77 games during his three years at Villanova, starting 16.

A 6-9 forward, Swider is a strong outside shooter making 35% and 40% of his attempts over the last two seasons. He played just under 19 minutes per game during that time as a key reserve for the Wildcats. He averaged 5.9 points and 2.9 rebounds in the last two years. At Syracuse, his skill set suggests a versatile forward who can play the three or the four.

As a recruit, Swider was considered a top 50 prospect and one of the best stretch fours in the 2018 class. Syracuse heavily recruited Swider, but he chose to sign with Villanova. He also held offers from Boston College, Duke, Connecticut, Creighton, Indiana, Miami, Michigan, Pittsburgh, Seton Hall and Texas among many others.