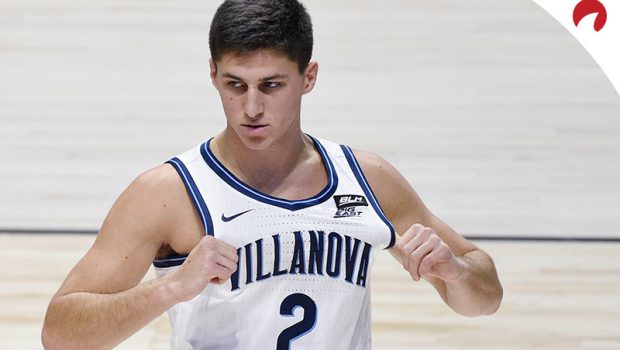 NOVA TIPS TONIGHT, AND NO ONE IS HAPPIER THAN COLLIN GILLESPIE!

Villanova’s Collin Gillespie was the co-Big East player of the year last season but tore the medial collateral ligament in his left knee during a victory over Creighton that enabled Villanova to clinch the Big East regular-season championship.

The injury ended his senior season early and prevented him from participating in the NCAA Tournament. Gillespie now is back as a fifth-year senior and feeling healthy again.

Villanova coach Jay Wright spent part of the offseason away from campus while working as an assistant coach on the U.S. Olympic team that won a gold medal. When Wright returned, he was impressed by Gillespie’s thorough recovery and said it’s a credit to the 6-foot-3 graduate student’s work ethic.

”I went away for 37 days,” Wright said as he and the Cats prepare for tonight’s opener against Mt. St. Mary’s. ”He was just starting to come back when I went away. When I came back, he looked perfectly fine.”

While college basketball has become more and more of a freshman-oriented game over the last decade or so, seniors could be more of a factor than usual this season since the NCAA granted athletes an extra year of eligibility due to the pandemic. Gillespie is one of the players who capitalized on this policy change.