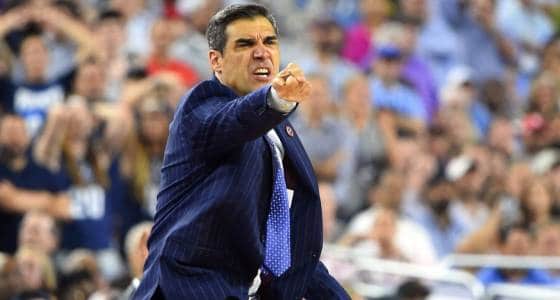 NOVA TAKES NO. 1 RANKING OUT FOR A SPIN AGAINST THE TOUGH IRISH

Villanova puts its No. 1 national ranking on the line today against 23rd-ranked Notre Dame:

Villanova and Notre Dame are two of only nine undefeated teams remaining in the country.

The reigning national champion Wildcats appear to be every bit the same team as last year’s version and are led by Josh Hart, who recently reeled off the first triple-double since 1986 when he had 16 points, 11 rebounds and 10 assists last week in an 88-57 victory vs. Saint Joseph’s.

Villanova has four players averaging double-figures this season and will be a tough matchup for the Fighting Irish, who have the 99th ranked defensive efficiency in the country according to KenPom.

Notre Dame junior forward Bonzie Colson is playing as well as anyone in the country, averaging 17.1 points and 11.1 rebounds per game. The Wildcats’ backcourt has been a terror defensively, but keeping Colson in check has been easier said than done.

Outside shooting may decide the game in this one. Villanova is shooting 40.6 percent from 3-point range, just behind Notre Dame’s 41.3 percent. Both teams are top-10 in 3-pointers made per game nationally. I expect it will be a shootout from behind the arc.

Line: Villanova opened up as a 5-point favorite