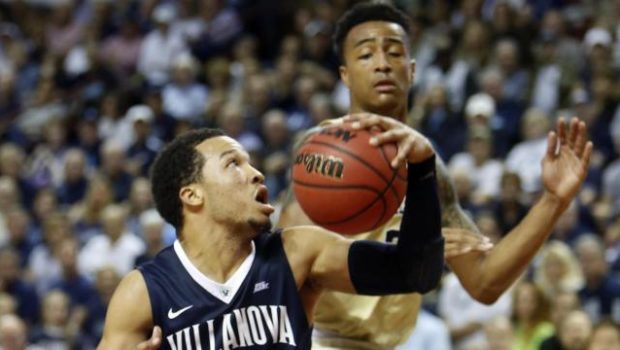 NOVA STILL THE TEAM TO BEAT IN THE BIG EAST!

Jay Wright’s team received eight first-place votes from the league’s coaches. Wildcats guard Jalen Brunson (above) was chosen as the conference’s preseason player of the year, and Omari Spellman was selected freshman of the year. The Wildcats return two starters from last season’s championship team.

Patrick Ewing and Chris Mullin may have gotten all the interview requests at yesterday’s Bog East media day in Manhattan, but in the end:

Villanova was still the team to beat!

Ewing took over at Georgetown this year while Mullin is entering his third season at St. John’s.

”It’s great to be back here,” Ewing said. ”(MSG) is one of the places I consider my home. I spent 15 years of my life playing here giving my blood sweat and tears. Battling against (Chris). Number in the rafters. It’s great to be back. When I come back I get goosebumps.”

Mullin was happy his friend was back in the Big East.

”It’s somewhat surreal to tell you the truth. It’s really kind of strange, me coaching college basketball with him sitting next to me,” Mullin said. ”It’s kind of cool though, I like it. People probably don’t know he’s been coaching for 15-16 years in the NBA. I’ve watched him as a coach. I know he’ll get players and his program will be back on top.”

The team that both Mullin and Ewing are chasing is Villanova, who were picked by Big East coaches to win their fifth straight regular-season conference title.

This is the fourth consecutive time Villanova has been the coaches’ preseason favorite to win the regular-season crown.

”We’ve had success in the league, but it’s never been easy,” Wright said. ”We never expect it. Every year is a battle. We know how close we are every game to get beat. When you play in this league night in and out, it’s easy to have great respect and humility and be hungry.”

Seton Hall and Xavier received the other two first-place votes. The Pirates were second in the poll, their highest position since the 2000-01 season. The Musketeers were picked third. Providence and Creighton round out the top half of the poll.

St. John’s was sixth and the Red Storm were followed by Marquette, Butler, Georgetown and DePaul.