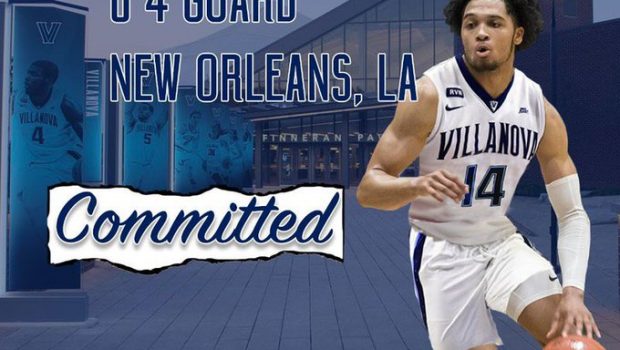 Villanova’s Jay Wright lost four players to the NBA draft’s first round from his 2018 national champs.

And he’s still working to replace them.

Yesterday he bagged a big blue-chipper:

While he’s not a point guard in the traditional sense he clearly initiated a lot of offense and should fit in well as a primary ball-handler under Wright.

Daniels will sit out next season and then have two years of eligibility remaining on the Main Line, giving him ample time to assimilate into the program.