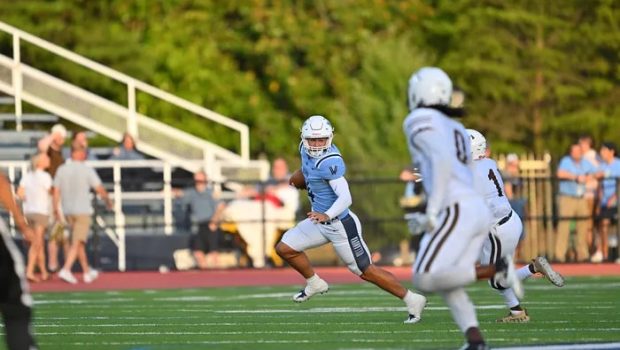 Connor Watkins was 11-of-15 passing for 298 yards and three touchdowns, and Villanova scored the opening 24 points in routing Lehigh 45-17.

Villanova, which has won 10 straight in the series, is coming off a 10-3 season that ended in the quarterfinals of the FCS playoffs. Watkins took over for three-year starter Daniel Smith.

Hayek finished with six receptions, 141 yards and two touchdowns for Villanova. Watkins, Jalen Jackson and DeeWil Barlee each ran for a score.

Dante Perri was 22 of 39 for 227 yards with two touchdowns and one interception for Lehigh. Jalen Burbage caught eight passes for 106 yards, including a 25-yard touchdown with 12 seconds left before halftime.