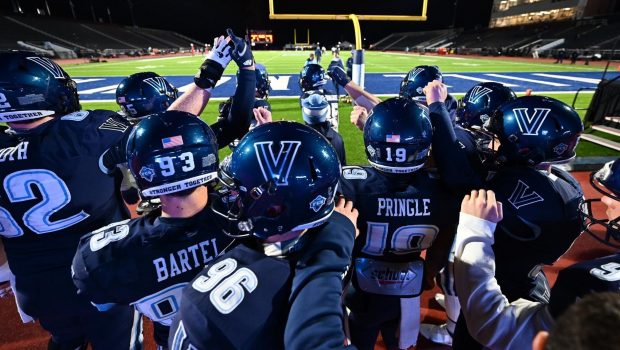 Defending conference champion Villanova was picked as the preseason CAA Football favorite in a poll of league head coaches and media relations directors which was announced yesterday.

Coming off a 10-3 season and an appearance in the quarterfinal round of the FCS playoffs, the Wildcats received 16 first-place votes and 270 points in the preseason predicted order of finish.

Villanova won its first CAA title and earned the league’s automatic bid to the Division I Football Championship last year for the first time since 2012. Along the way, the Wildcats posted a 7-1 mark versus CAA opponents and notched their fifth season since 1988 with no more than one conference loss. This year’s Villanova squad returns 61 letterwinners from the 2021 team, including six starters on offense and three on defense along with three specialists. Each of the five players recognized with preseason accolades are among those top returners.