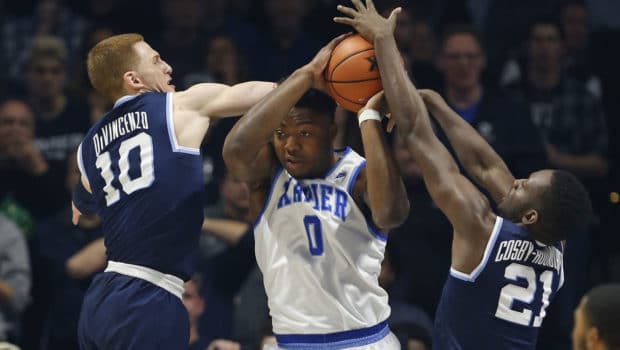 NOVA IN NEBRASKA LOOKING FOR 26TH WIN AGAINST CREIGHTON!

Villanova (25-3, 12-3 Big East) has bounced back from a rough patch with two straight wins. — a huge 95-79 win over No. 4 Xavier last week, a rout of DePaul on Wednesday — and the Cats controls their fate in the Big East with three regular-season games left.

But that doesn’t mean Villanova can relax this today against Creighton (19-9, 8-7).

Sure, Villanova is fighting for its fifth straight Big East championship and a No. 1 seed in the NCAA tournament, but road conference games late in the season can be tricky.

Still, the Bluejays already lost by 20 to Villanova this season, have lost three of their past four and will face a Wildcats team that appears to have even more offense with the return of guard Phil Booth from a broken hand.