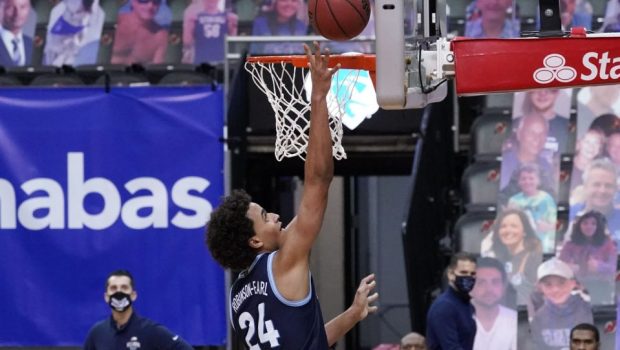 Jeremiah Robinson-Earl squeezed 23 points into 21 minutes and visiting No. 3 Villanova rolled to its ninth straight victory, 80-72 over Seton Hall.

Jermaine Samuels had 17 points and Justin Moore 16 while Collin Gillespie had 11 points and a career-high 11 assists.

The Wildcats (11-1, 6-0 Big East) built a double-digit lead midway through the first half and were really never threatened in handing Seton Hall (9-8, 6-5) its third straight loss to a ranked opponent.

The Pirates’ last two losses were close. They endured a crushing last-second setback to Villanova on Jan. 19 and then lost a four-point decision to No. 17 Creighton on Wednesday in a game the Hall blew a 16-point second-half lead.

This one was decided in the opening 13 minutes. With the game tied at 9, the Wildcats went on a 16-3 burst that featured five points apiece by Robinson-Earl and Moore.