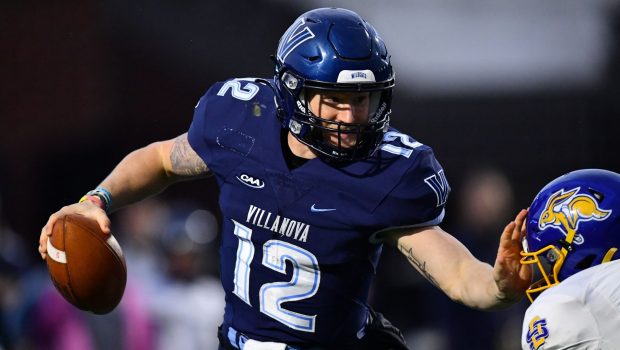 NOVA KNOCKED OUT IN FCS QUARTERS BY S. DAKOTA STATE

South Dakota State ran it up in the second half to defeat fifth-seeded Villanova 35-21 in the FCS quarterfinals.

The Jackrabbits (11-3), the only unseeded team to reach the quarterfinals, will play the winner of top-seeded Sam Houston and eighth-seed Montana State in next week’s semifinals.

Villanova’s Daniel Smith and Jaaron Hayek completed a 55-yard touchdown pass play after Hayek made a catch at the Jackrabbits 15 and dragged defenders into the end zone with 55 seconds remaining in the half for a 21-14 lead.

The Wildcats (10-3) had a four-game win streak snapped.