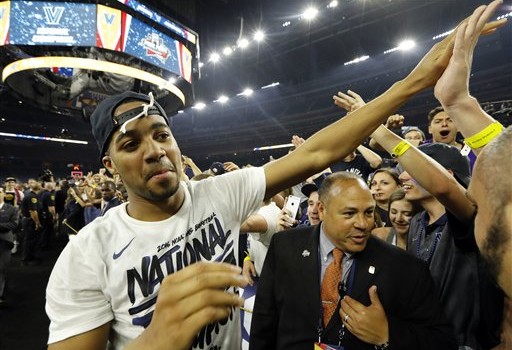 NOVA-HATERS BEWARE! CATS HAVE A PATH TO ANOTHER FINAL 4!

So, Villanova is 16-1 and no longer No. 1 after four weeks at the top of the heap — though they may be back since Baylor got waxed the other night!

Can the Cats possibly repeat as national champion?

They didn’t exactly get off to a rocky start this season, and the guy who made the title-winning shot, Kris Jenkins, is back; some other key parts (that’s you, Ryan Arcidiacono) are gone.

Besides, second acts, sequels, are rarely ever as good as the original.

Except, this time, with Jay Wright’s Villanova bunch, the next chapter is starting out as good as the last. The Wildcats opened the season with 14 straight wins, spent a month at No. 1 and still look like the class of a Big East that feels a lot like the Big East of old. Could another Final Four run be in the works?