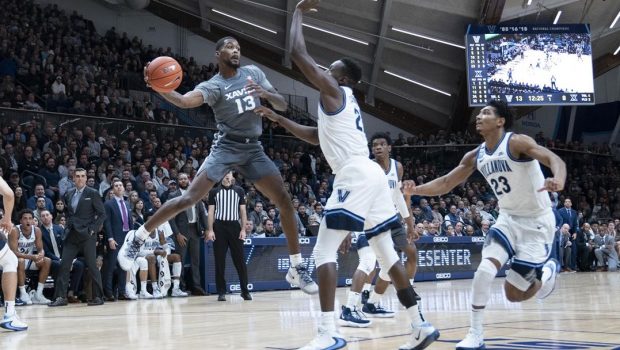 NOVA GETS A JUMP ON THE BIG EAST WITH WIN OVER XAVIER!

Gillespie scored 16 of his game-high 24 points in the second half to lead No. 10 Villanova to a 68-62 victory over Xavier in the Big East Conference opener.

”I really liked his decision making in the second half,” coach Jay Wright said of his point guard. ”He made great decisions on when to take it at them, when to get someone else a shot, and when to take a 3.”

Gillespie drained a 3-pointer with 4:37 remaining that gave the Wildcats a 60-49 lead after the Musketeers had been inching closer.

”Just be a leader vocally and leading by example on the court,” Gillespie said.

The Wildcats have dominated the Big East since the conference realignment in 2013. They have won five of the six regular-season conference titles and four of six tournament titles, including the last three. Villanova won a pair of national titles, in 2016 and 2018, during that stretch.

Wright knows another Big East title isn’t going to be easy, especially given that Villanova starts three sophomores and a freshman, along with a junior.

”That’s what the Big East is going to be like every night, home or away,” he said. ”It’s going to be a grinder. There are just so many good teams in this league. This is going to be incredible this season. It’s a great learning experience for us.”

Villanova led by as many as 17 points in the first half, but had that advantage trimmed to 32-25 at the break. Xavier got within four early in the half, but the Musketeers could not get closer.