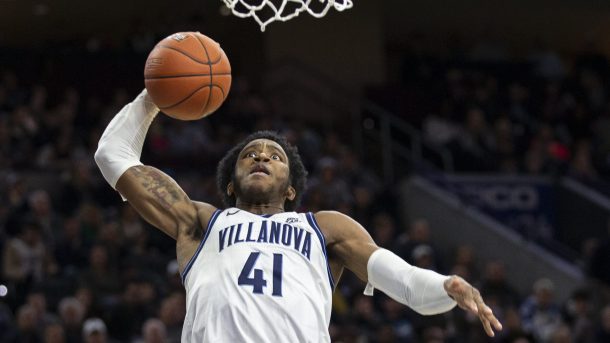 For Villanova’s No. 12-ranked Wildcats, today’s game against No. 13 Seton Hall is more than just a Big East showdown.

It is also a chance to turn the page from Wednesday night’s buzzer-beating loss at Butler when they take the court at the Wells today.

The Wildcats might have had an opportunity to pull even with the Pirates atop the league standings, but that scenario was snuffed out by Kamar Baldwin’s buzzer beater at Butler on Wednesday night.

Villanova can now only pull back to within a game.

The Hall, meanwhile, has a chance to grab a commanding three-game lead and keep its name in the discussion for a top NCAA seed.

There’s nothing wrong with Villanova’s offense, with the backcourt tandem of Collin Gillespie and Saddiq Bey (above) continuing to light it up. But a takeover guy like Pirates guard Myles Powell can always provide an answer. The Wildcats might also not be as successful going inside with Seton Hall’s Romaro Gill (3.6 blocks per game) protecting the rim.