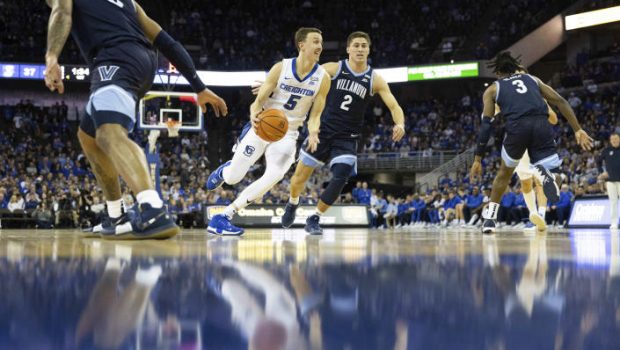 NOVA CRUSHED AT CREIGHTON: TOE STUB OR SIGN OF THINGS TO COME?

So, No. 9 in the nation Villanova got its ears pinned back at Creighton last night.

Is it a toe stub or a bad sign of things to come for the Cats in the Big East and beyond?

Ryan Hawkins scored 19 points to lead four players in double figures, and the Bluejays closed with a flurry in a 79-59 victory.

Villanova, beaten 57-36 at top-ranked Baylor in their previous game, has consecutive losses of 20 or more points for the first time in Jay Wright’s 21 years as coach. In their last three games, they are 23 of 100 on 3-pointers.

“We’re struggling,” Wright said. “Every guy individually is trying to get us going and we’re kind of losing our rhythm offensively. We have to learn from this and we’re going to have to get that back.”

Collin Gillespie scored 16 points and Eric Dixon had a career-high 15 for the defending conference champion Wildcats, who shot just 33%.

Ryan Kalkbrenner, the Bluejays’ 7-footer, had nine rebounds to go with his eight points, and he had four of his five blocks in the second half.

There were 10 lead changes and two ties before Creighton got on a roll late in the first half. The Bluejays made five straight shots during a 15-5 spurt. Hawkins scored eight points in two minutes and Nembhard made a 3 from the wing to put Creighton up 35-26.

“I hardly have words for how proud I am of these guys,” McDermott said. “To bounce back from a tough one against Arizona State against such a veteran and talented team. Their (first) three losses are to three teams that could be in the Final Four. For our guys to fight the way we did and really dominate the paint, to have our bench step up the way it did … A lot of young guys out there when the game was being decided.”