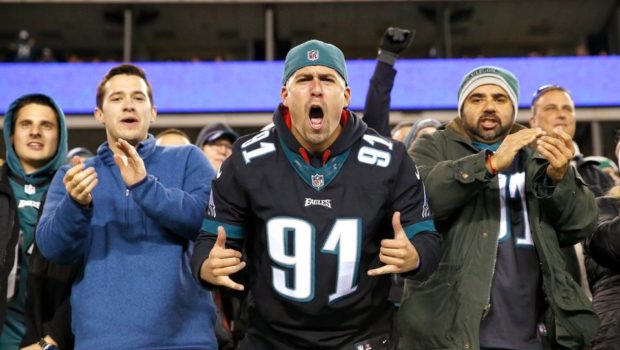 IT’S NOV. 29, EAGLES’ PLAYOFF CHANCES ARE BETWEEN SLIM AND NONE!

Don’t look now, but after last night’s 27-13 loss to the Packers, the Eagles’ postseason hopes are on life support.

They are not only two losses behind the Redskins in the tough-as-nails NFC East, but also are fourth in line for the conference’s final wild-card spot.

As well as the defense has played at home this season, it isn’t a shut-down unit.

A hit-or-miss prospect even at peak strength, the offense can’t overcome the loss of talent on the line or the inexperience at wide receiver.

The future is bright for a well-coached team with an ascendant young franchise quarterback and a talented defensive nucleus. Still, it’s too much to expect this flawed roster to win out against a remaining schedule that includes matchups versus the 10-1 Cowboys, the 8-3 Giants and the 6-4-1Redskins.